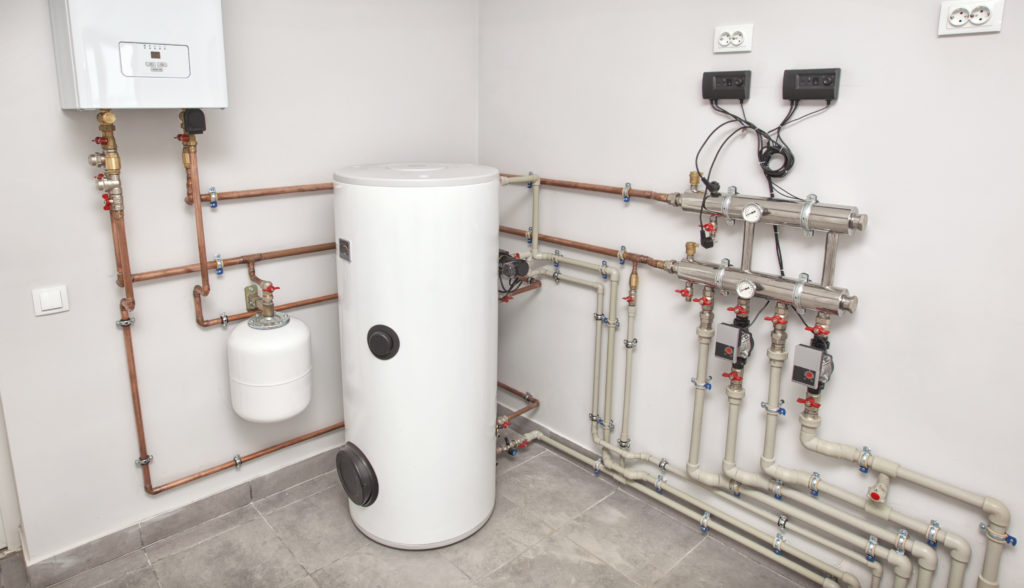 Whether you have a boiler or furnace, you know how important each unit is for keeping your home nice and toasty during the winter. While a furnace heats your home using air, a boiler uses water to do so. Depending on the age, type, and size of the structure you are trying to heat, you may have either a boiler or a furnace. If you have a boiler, you know just how hot it can get. In fact, this fact along with having boilers in general, has appeared in many different forms of popular culture, from books and movies to video games and tv shows. Here are a few of our favorites.

Probably the most famous boiler from pop culture history is the one from The Shining by Stephen King. Now, for anyone who has only seen the movie but not read the book, there are some serious spoilers up ahead. This is because the movie’s ending was changed significantly from the ending of the book. At the end of the book, rather than freezing to death in the snow, Jack Torrance is killed when the infamous boiler from the beginning of the book explodes. As part of his job, Jack was supposed to relieve the pressure from the massive, old-timey boiler but had neglected to do so their entire stay at the overlook, causing it to explode at the end. All work and no play really does make a Jack a dull boy.

#2: Marshall’s First Boiler on How I Met Your Mother

When Marshall and Lily move into their first home in season 7 of How I Met Your Mother, they’re a bit lost at typical home stuff, like using a breaker or living with a boiler. When searching for the breaker in the basement after the electricity goes out, Marshall is advised to spit on the boiler to hear it sizzle so he knew where it was in order to not burn himself on it. While we don’t see the boiler, its presence is known.

#3: The Boiler Room in Resident Evil 2

While the boiler itself doesn’t come into play much, the boiler room is an important place if you’re trying to beat the Resident Evil 2 video game. You probably remember it as one of the rooms zombies break into but later on, you have to use the door they came in through as an exit. According to Jeffrey Parkin of Polygon, there’s gunpowder and other supplies in there, so be sure to look around!

Aside from appearing in movies, TV shows, video games, and other popular culture, these three boilers have another thing in common: they probably need boiler repair from time to time (yes, even the one in the video game). Boilers can break down for a number of reasons and sometimes, they just give out altogether. Whether they were in need of a repair or a new boiler installation, a professional would’ve been needed to get the job done. In their worlds, they didn’t have Wyler Industrial to rely on. Thankfully, we exist in real life.

If you’re in need of boiler repair and installation, look no further than Wyler Industrial. We have served businesses in El Paso and throughout the southwest, and are ready and able to help you. We offer high-quality and dependable boiler services that can get your current boiler up and running or your new boiler installed in no time. Call us today so we can get started!