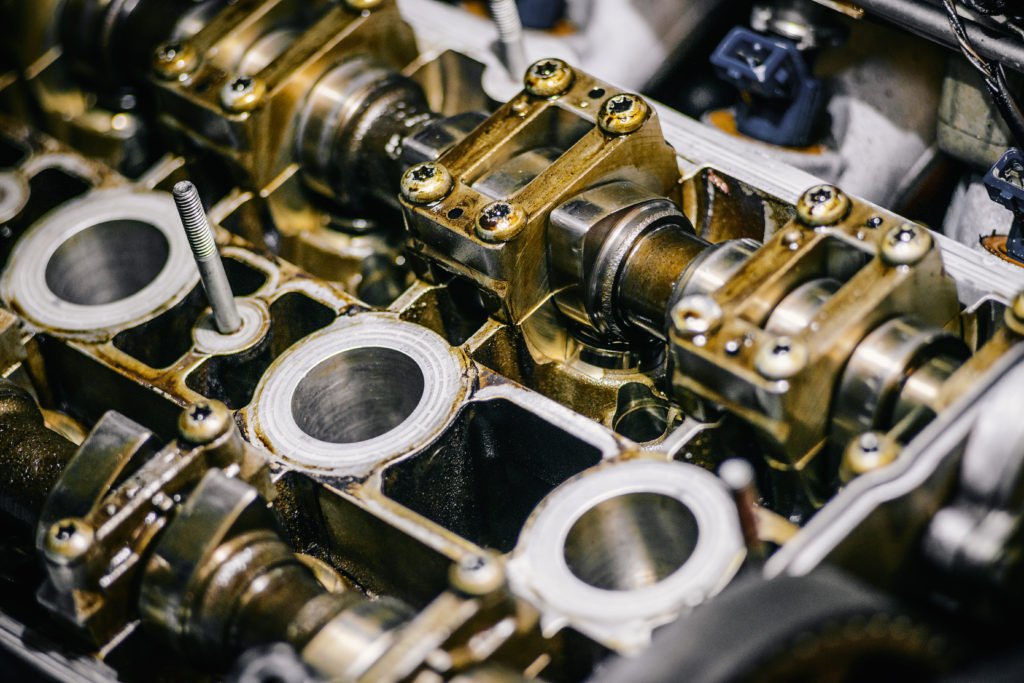 Oh where would we be without combustion? Well, life would surely have progressed differently. If you own a car that runs on gas or diesel, then the combustion engine has become part of your life. The engine is the heart of the vehicle, as it is what pumps the necessary fuel through the engine to get it up and going. Because it is now so ubiquitous, most people don’t think about the internal combustion engine even though it likely is responsible for their daily commute. And while most people know that the engine is vital, we might not understand just why this engine is the best type. This type of engine was really the beginning of a lot of key manufacturing processes, so we thought why not pay tribute to it. That’s because today many of our industrial boilers use this technological concept to produce steam or hot water for space heating or process heating.

There are essentially two types of combustion engines: an internal and an external combustion engine. In the latter, the fuel source—usually coal— is burned outside the engine. Then, the burning fuel will give it the energy it needs to run.

An internal combustion engine works a bit differently. Instead of heating the fuel on the outside, a mixture of fuel and oxygen is injected into the engine. From there, there is a spark that ignites the fuel that causes it to make tiny explosions. This is why, of course, spark plugs are quite important to the whole operation.

Over 150 years, the design of the internal combustion engine has been worked on and perfected and is by far the most preferred way to power a vehicle. When it comes to vehicles, this brings an advantage in using petrol or diesel as its fuel source because it can last longer.

The invention of this type of engine was almost reached by several people simultaneously. Like many great inventions in human history, it seems that several minds across the world often come to it around the same time. Ultimately it was a man named Jean Joseph Etienne Lenoir that patented the first combustion engine. Early iterations of the invention had only one cylinder. This often caused the engine to overheat, but it was able to power small vehicles. This was a huge milestone in the technology as there was an ability for it to run continuously. And then, thanks to several great scientific minds of the 19th and 20th century, the internal combustion engine was improved and became the most efficient engine.

After all, boilers use a lot of energy and take a lot of energy to run properly. They are made to produce hot water or steam through the combustion of a fuel. The combustion efficiency is important to consider for any business or commercial facility that utilizes these. There are more than 45,000 industrial and commercial boilers in the United States. These are boilers with a total fuel input capacity of 2.7 million MMBtu/hr. A combustion system for industrial boilers is a system designed to maintain a proper air/fuel mixture under varying load conditions and safe limits.

Boilers can be categorized by water temperature and/or steam pressure. They can also be further classified by the type of metal they are constructed with. Typically, however, they will be built cast iron or welded steel. Boilers are rated in different ways and are measured with Btu/h or BTU per hour and MBtu/hr indicates the rate of input.

Many large commercial sites often wonder how they can increase the efficiency of their boiler function. There are essentially three ways to do this and they include replacing the boiler completely, replacement of the burner, or installation of a combustion control system. Having a combustion control system installed can help some facilities earn efficiency without having to spend the upfront costs of a full replacement.

A test conducted on the combustion control system in the Watervliet Arsenal in New York showed significant savings over the course of a year. The efficiency gain comes from various factors including the constant monitoring of carbon monoxide, which prevents inefficient and unsafe combustion to occur.

Here at Wyler Industrial, we perform boiler maintenance and repair for small and large industrial or commercial facilities. If you’re looking to improve the efficiency of your boiler, call us today. We’re here for all your industrial needs. 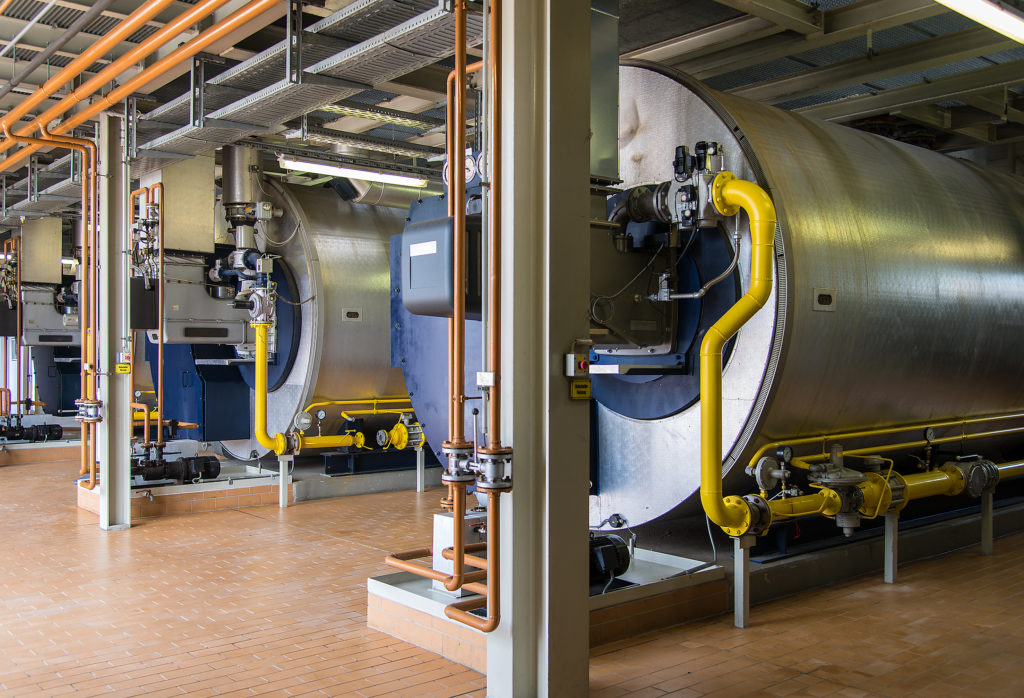 For most people, the word combustion is likely associated with the beloved internal combustion engine. This type of engine, of course, provides incredible durability and drivability and is quite relevant to about 250 million highway transportation vehicles that use this type of engine. In addition to gasoline and diesel, they can use renewable or alternative fuel. If you deal with or are involved with commercial and industrial boilers, however, you also understand the importance of combustion control systems in the industry.

The Heart of the Car — Combustion Engines

Where would modern American life be without the vehicle. After all, one of the things that set this country apart from most others, is our incredible highway systems and the love of the open road. Americans love their cars and the truth is that on a day-to-day basis most Americans might not give a second thought to the process that allows them to get to work or get home or go to the movies. The heart of the vehicle is, of course, the combustion engine.  Since the year 1680, ideas and early designs of the internal combustion engine began to emerge. And from the year 1680, there were several engineers and inventors involved in the continuous attempt to develop, improve, and further advance this system. Up until the early 1900s, all of the previous attempts at internal combustion helped inspire the design of automobiles.

A Word About the Famous Benz and Ford

These are likely two familiar names to anyone that has ever driven a car. Well, before it was Mercedes-Benz, German mechanical engineer, Karl Benz, built the first practical automobile to be powered by an internal combustion engine and received the first patent for a gas-fueled car. Henry Ford also played an important role in what would become the development of cars and internal combustion engines that are efficient and produced in mass. He was, after all, the first one to begin the assembly line manufacturing process which means some of the first Ford vehicles were assembled in about 93 minutes.

Combustion is burning; it’s the basic chemical process that happens when you mix fuel and air mixture. Sometimes this process can produce emissions that have been deemed undesirable for the environment. Over the last couple of decades, research and innovation have helped manufacturers reduce harmful emissions of pollutants such as nitrogen oxides and particulate matter by more than 99%.

Today there are two types of internal combustion engines. One is the compression ignition diesel engine and the spark ignition gasoline engine. Most of these engines are what we refer to as four-stroke cycle engines, which requires four pistons to fire off before one cycle is completed.

The Boiler Combustion System — The Use of Fuel/Air Ratio

According to the U.S Department of energy, there are more than 45,000 industrial and commercial boilers larger than 10 MMbtu/hr in the U.S. The twenty-first century is largely concerned with energy efficiency and the improvement of emissions systems.  There are several ways that the efficiency of boilers can be improved:

Effective combustion control systems have the potential to increase fuel savings by several percentage points. This gain in efficiency is due to the reduction of oxygen in the flue gas. Most systems will have a monitoring and data logging device that provides real-time feedback on the boiler performance. This allows for consistent assessment and measurement of savings and efficiency. Energy savings can be achieved in most facilities when equipped with well functioning equipment and a trusted boiler combustion control system.

If your facility uses an industrial boiler, you want to ensure that you have an effective system that is working properly and functioning at its highest capacity without wasting energy.

Get Boiler Service and Combustion Control Systems from Wyler Industrial

Here at Wyler Industrial, we are boiler experts. Whether you are looking to install a new boiler, repair an old one, maybe replace the burner, or to install a combustion control system, we are here to do the job right.